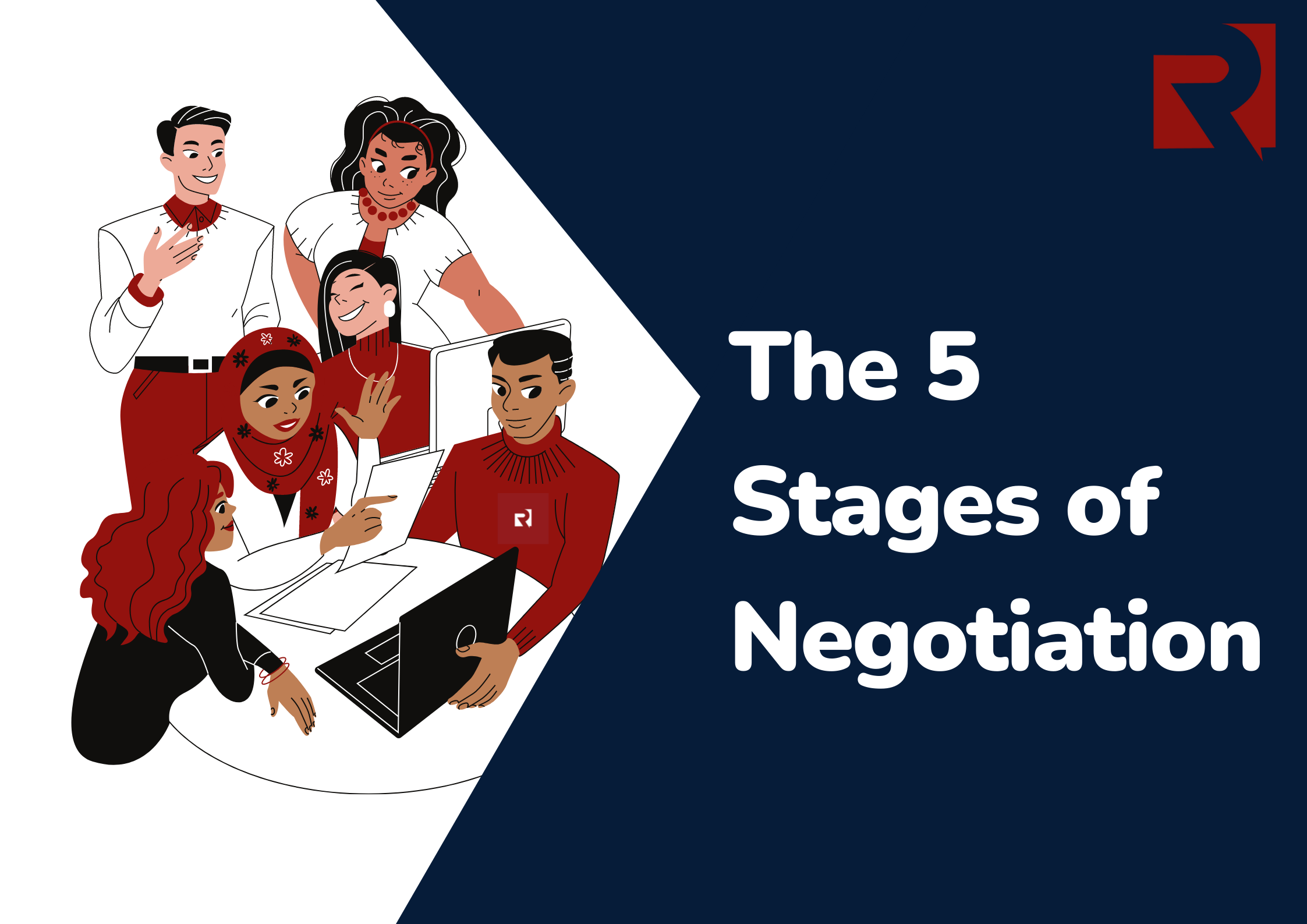 The 5 Stages of Negotiation

There is no shortcut in conflict resolution. You have to cover everything and settle everything. Because if you don’t, you have only succeeded in creating more conflict. And this is why negotiation must be as thorough as it can get.

A negotiation is not a fight, and it does not have to result in one. The aim of negotiation is for the parties involved to compromise and reach an agreement without raising further conflict. This is why it is crucial to break down negotiation into stages and follow it religiously.

Preparation: before the negotiation starts, you need to understand the details of the deal, the factors involved, and what a potential outcome will mean for your organisation. You can also research the other parties involved and the details of the project they have done in the past. It will prepare you for what to expect during the negotiation and how to respond appropriately. Here is where you identify your alternatives.

Discuss: explore the details of the deal with the other parties. And discuss the role, contribution, and expectations of each party. Listen attentively to their presentation, Ask for clarification on what they are proposing and politely point out areas where you opine differently. Also, use this time to build a good rapport with the other party(s).

Bargain: this is the stage of considering various alternatives that accommodate the already outlined interests of the parties involved to arrive at an agreement. Present multiple alternatives at once to the other party and objectively consider what they also present. Allow your bargain to be guided by what is of value to you in the deal.

Agreement: here, a decision is reached on the alternative that best represents the interests of each party. The most effective method of arriving at an agreement is to go for a win-win situation. Everyone makes a compromise, everyone cuts a loss, and everyone wins equally or in proportion to their role and contribution.

Execution: the agreement is broken down into a course of action with the responsibilities shared among the parties involved. Of course, this also requires a level of compromise from each party.

A business deal or contract falling apart mid-way is not advantageous to any of the parties involved. Though, one party might bear the burn more than the other. The time and resources already invested become a waste and sometimes an inconvenience to human life and property. If the parties cannot arrive at an agreement, it is wise for each party to move on and consider their chances with other partners.