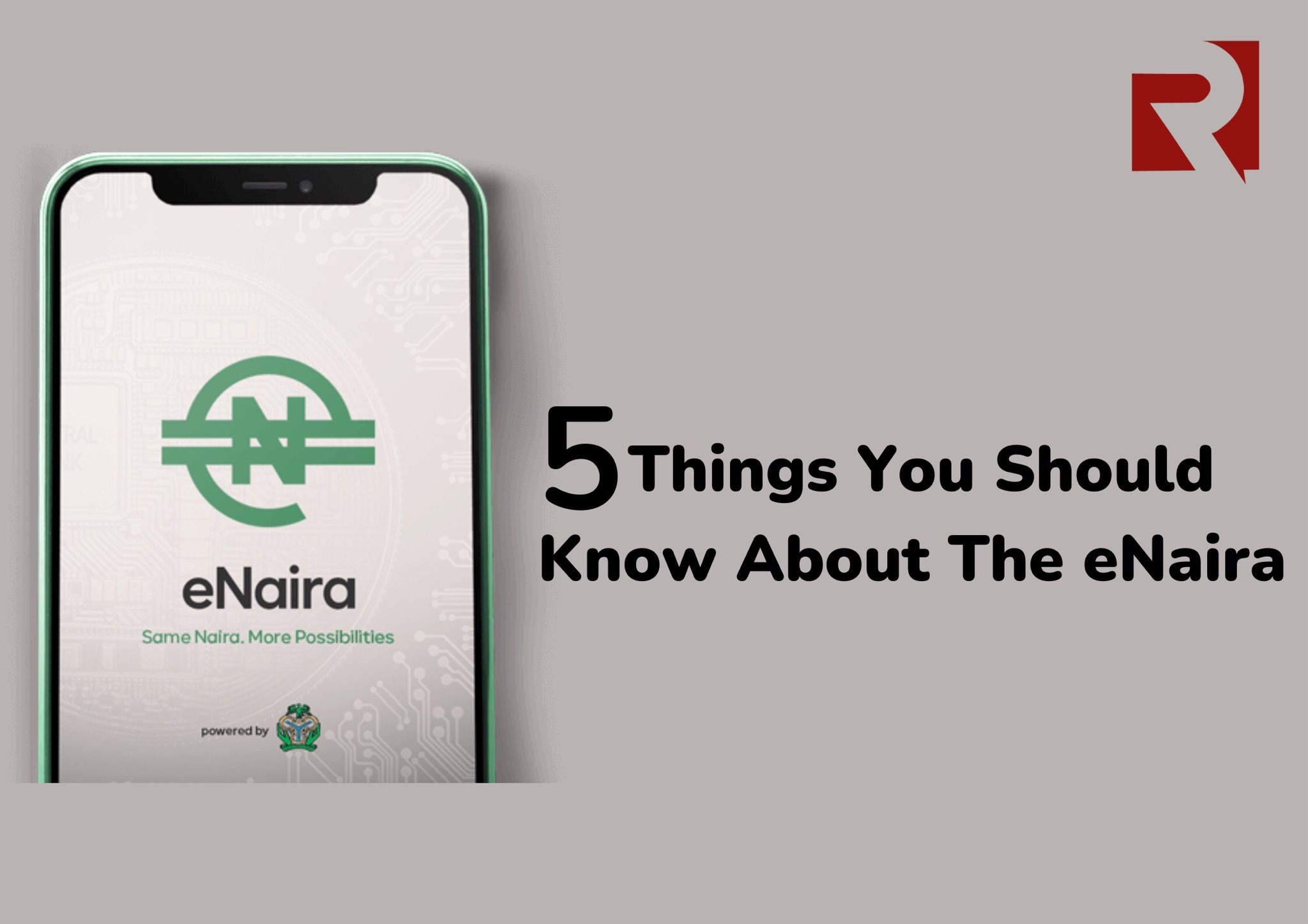 5 Things You Should Know About The eNaira

Nigeria confirmed its share of the wave of digital currency sweeping across the globe when the CBN revealed that it would launch Nigeria’s official digital currency, the first of its kind in Africa, on October 1st.

Well, October 1st was a few weeks ago, and the launch didn’t happen. But there was a statement from the CBN that it would be launched at a later date. The wait is finally over, and the eNaira is now live. It was launched on Monday, 25th October. Here are five things you should know about the eNaira.

Form: the eNaira is not a replacement for the naira. It is rather another form of the naira. Instead of physical notes, it exists in digital form and can be used for transactions in place of the physical naira notes.

Account: the eNaira is stored in a wallet which is specifically an eNaira account. This account is linked to your bank account, and the wallet is accessed via the eNaira app called Speed. However, you can move money from your account to your eNaira wallet.

Intrest: while the eNaira uses blockchain technology, its value does not fluctuate. And it does not yield any interest.

One of the fundamental ideas of the eNaira is to create a unified payment system. It supports peer-to-peer payment, enabling users to send money to each other. It also supports contactless payment, and, of course, the transaction rates are way cheaper. All transactions are done on the app and can be traced when a need arises.